For those of us who’ve played a lot of cult classic survival games like Don’t Starve or Last Day On Earth, this title is a fresh face in a very familiar and oh so very engaging genre.

Grim Soul combines the refined survival mechanics of Don’t Starve with the dark Gothic RPG setting of a game like Dark Souls for an amazing twist on the survival RPG lineup that’s growing in popularity year over year.

So let’s delve deep into this game together and see how well it stacks up against the classics in my Grim Soul Survival review!

Contents hide
1 Starting Out – A First Glance
1.1 Simple and useful character customization
1.2 Build a castle… Say what?
2 The World Of Grim Soul
2.1 A very “Albion Online”-esque world map
2.2 Energy points – a.k.a our first real enemy
3 Crafting, Leveling Up & Progression
3.1 Deep & Extensive Crafting Mechanic
3.2 Did I mention that the skill tree is massive?
4 Grim Soul Survival Review Conclusion
4.1 Check out our other reviews

Starting Out – A First Glance

If you’re someone like me (that is someone who played A LOT of RuneScape, Albion Online and etc…) then the crafting mechanic seen throughout the trailer, and just about any video-review of this game, should excite you quite a bit.

Having seen the crafting, PVE options and even a player-owned-housing component – I dropped everything I was doing and decided to haul ass towards my charging station. Grim Soul had to be played, right that moment!

Logging on for the first time, I was greeted with a pretty basic character customization screen that prompted me to build an avatar. To be honest, I know a lot of people complain about the lack of uber-customizability and individualization for their avatars in most games – but I didn’t expect much.

In fact, when I downloaded the game for this Grim Soul survival review, I expected that this would be another one of those games where your avatar doesn’t line up with the in-game character model.

I was pleasantly wrong! While the character customization in Grim Soul doesn’t quite stack up to the depth of options you get in many other mobile RPG’s, it really gets the job done and gets you playing (as the character you selected).

As soon as you’re done setting up your character and getting him (or her) ready to survive the Plaguelands and build up towards fighting for the title of “King” – you’re dropped into a small map with just one task. Build a castle.

Build a castle… Say what?

Yeah, you heard me right – your sole objective is to build your own personal bolthole. Throughout the game your hideout will serve as your base of operations and the heart of all your endeavors. This is where you will stash your spoils of war among the resources and goodies you’ll pick up or craft along the way. Though, be careful as other players can also raid your castle and steal your hard-earned loot.

You’re given plenty of resources off the bat (which you still have to gather) and while the instructions behind where to click and what to do (aimed at players new to the genre) are lacking, veteran gamers will quickly pick up the pace and get set up.

The World Of Grim Soul

I have to admit that at first I was a little confused. The fog of war around the starting area made it seem like I had to do something for it to go away. But the area was pretty much squeaky-clean at that point…

There was no clear indication that it was just a way-point for me to get out of the area (though having explored the PvP combat in this game, I can see this being an interesting mechanic in that regard). For a brief minute, I genuinely felt stuck and confused and thought that our Grim Soul survival review may never see the light of day at this rate…

And then i did it, I ran free-willy towards the fog of war and boom – I was faced with a moderately sized world map that seriously brought back some Albion Online vibes.

There were different types of zones, each containing various dominant resources and enemies of a certain difficulty. This was also complemented by random world events like fallen knights and attacked caravans (think broken carts in Albion Online).

This is probably the point where I ran into the first thing I didn’t immediately like about Grim Soul. If you take a look at the image above, you can see a little “Energy” indicator at the very top of the screen.

You get 100 points of energy, which you can use to “fast-travel” to and from places. Here’s the thing that most people are likely to not like about this system. Locations that are practically beside your castle use up 12-16 points of energy to raid, while the more rewarding locations further away can eat up as many as 20 points.

You might be thinking – so what? Just be smart about when and how you use energy! And yeah, you’re right. But, players who are just starting out have a VERY limited capacity for the loot they forage in the wilderness. This means that they’ll have to make many trips back and forth until they can acquire more space and gradually start doing more efficient runs.

If you’re like me – you’ll blow the entire 100 points in the first 10 minutes of playing the game. The unfortunate part about this lies in the fact that each point takes around 5 minutes to recharge (in other words around 8 hours and 20 minutes to get back to 100 points).

When I was initially planning this Grim Soul review article, I thought that I could easily keep it below 1,000 words in length and still paint a colorful picture. Having played the game for a while, I have to admit – I was wrong…

There is so much to be said about every element of the game, but the one area that I’d like to focus your attention towards at this point is the Crafting mechanic. This game features a boatload of recipes and items to choose from, all of which have requirements you must fulfill to unlock the recipe. Examples of these requirements could be getting to a certain level or attaining specific blueprints while dungeon-crawling.

I’ve seen a lot of people complain that the game takes a while to wind up, and that’s how the game lost a significant chunk of first-time players. But, on the flipside – in this Grim Soul dark fantasy survival review, I want to say that it just adds to the charm of the game.

That’s right! Call me a masochist if you will, but I actually enjoyed weighing every decision. Whether or not I should fight enemies and try to loot a specific area or just focus on gathering resources, given that I’ve just spent 16 energy to get there. In fact, this isn’t even scratching the surface of how complex the strategic decision making in this game can get. And I think that for a mobile game – that’s a pretty awesome level of depth! For the purpose of this Grim Soul survival review, let me say – both Donte and I were very impressed with this!

Did I mention that the skill tree is massive?

This Grim Soul review only covers the tip of the iceberg that the game presents – there are 7 total “Skill Books” that you can gradually learn, acquiring the skills inside one at a time.

I won’t go comparing this game’s skill tree with something akin to Path of Exile (it’s not even available on mobile anyway), but I’m still taken aback by the fact that there’s such an extensive and strategic skill system available in a mobile game of this size.

All in all, I’d like to say that I really enjoyed playing Grim Soul and it’s going to be one of the (only) games that I’ll keep playing after writing a review.

There is so much more that I can write about, and this is probably one of the more challenging reviews to write, since it felt like I was grasping at straws the entire time, not knowing what to pick and which direction to go. This made me realize, that it’s pretty amazing just how much game-play small mobile games have to offer nowadays.

I enjoyed the “Albion Online”-esque feeling of the game and the simple, clean approach to art and graphics that this title had to offer. The game-play experience was engaging, rewarding and just really damn fun.

Personally, if I had to pick one thing which made Grim Soul stand out for me among other games in this genre – it would be the fact that it doesn’t feel very “repetitive” or “capped” in any way. Even though you are essentially doing the same runs over and over again to progress, it feels like you’re constantly progressing and doing something new.

So there you have it, my Grim Soul Survival review, on a plate, with a cherry on top. If you would like to learn more about the game, and the myriad of extensive content that it has to offer, check out our full Grim Soul Survival Guide. The guide will feature all of the different tips, tricks, walkthroughs and strategies to help you get from zero to hero quickly and efficiently.

Check out our other reviews

If you liked our Grim Soul Dark Fantasy Survival review, check out the reviews we did for these other games:

If you’ve enjoyed the article, give us a quick share on Social Media. And if you feel that we missed something, or have a game that you would like us to review – drop us a line in the comments below. 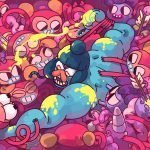 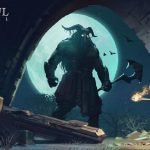