Continuing on the success of our review, we decided to put out a Grim Soul guide for beginners and new players. In case you’re not familiar with the game – Grim Soul is currently one of the most popular and frequently trending survival style RPG games on both the iOS App Store and Google Play. No surprise there, it’s made by Kefir, the developers behind another hugely popular game of the same Genre – Last Day On Earth.

Originally the idea behind Grim Soul involved making a more hardcore, fantasy-oriented version of the game, and that translated well into what the game is today. Unfortunately for players new to the genre, and mobile RPGs in general – the game comes packed with minimal instructions, a challenging environment and an ever-evolving story-line that doesn’t give much away, while leaving the player to fend for themselves in the Plaguelands.

But is that really a bad thing? Thankfully, unlike most newbies, you’ve got Crush The Pixel behind you and you can definitely count on us to bring you the freshest tips, tricks and guides when it comes to Grim Soul: Dark Fantasy Survival.

The story of Grim Soul – a TLDR edition

Basically – you’re a noble and one important enough for the emperor to totally hate your guts so badly that one sunny morning he ordered for you to be infected with the plague and exiled to the Plaguelands (great start.)

However, this is where Sebastian Kerr – your loyal friend among foes, enters the picture. Having laid eyes on the emperor’s edict he though “no ty bro” and smuggled you out (to the Plaguelands) to save you.

Sebastian is a clever guy, so he ended up sending Brother Rupert to get you there safely and make sure you’re alive, but what’s an RPG without a little twist of fate (Brother Rupert dies – no spoilers here, it’s literally the first thing you see once logged in.) Voila you’re now on your own, but a little case of the plague, slight insanity and being stranded in the middle of what we can safely call nowhere, none of this poses any challenge to you – after all you’re pretty badass.

Now, you’ve got to figure out 1. where the hell you are, 2. where the hell you’re trying to get to and 3. hey is there a toilet around somewhere (unfortunately, you’re not yet able to build toilets in your fortress.) All humor aside, the game has now begun and you are handed your first quest that will set off a chain reaction of events which will lead you to eventually contest for the position of king.

So without further adue – here are 5 of the most important tips of our Grim Soul Survival Guide.

The game starts you off with Brother Rupert’s storage basket that will never disappear and can not be deleted from the map. While the first quest you’re handed explicitly tells you to start building your fortress and novice players may be tempted to start hammering away, that’s not an efficient approach what so ever.

We strongly recommend that you put the saws and chisels (and the sword you get from Brother Ruper’s corpse) down for a minute, instead picking up an axe and hammer from your crafting inventory. You can get the basic materials for these by picking up the twigs and stones scattered across the map. This will allow you to easily clear your base of resources (that won’t re-spawn) and get enough resources to craft some starting gear.

But Nik, there are enemies on the map, why would I put the sword away? Let me explain. It’s pretty simple – in Grim Soul, weapons have something called durability. In layman’s terms, if you use it – it goes “poof”. You won’t get a good weapon like a sword for a long while, hence you should set it aside for the time being.

Right now, your mission is to get together enough resources to smoothly transition into running maps and clearing the Act 1 quest line.

Pick up enough stones and wood to make three things:

What you want to do next is to go ahead and clear the entire map of enemies using your club. Keep in mind, if you use the sneak function and hit enemies from behind – you will do double damage, which makes dealing with most early game foes relatively easy.

Once you’re done with the killing and looting, press “auto” and your character will gather everything on the map. Pretty handy right?

Just like a real survival situation, Grim Soul puts a lot of emphasis on the cost benefit equation. Unfortunately, many beginners don’t follow a guide and rush out into the wild, smack some wolves and get absolutely destroyed. But you’re not one of those players, so let’s get you set up – the right way!

Once you’ve gathered the initial map, the very next important thing you NEED to do is craft a rugged sack (these become available once you hit level 3). This will extend your inventory space with an extra 5 inventory slots and this sack will be your best friend while looting and harvesting maps in the near future.

There are also two upgraded versions of this item – a leather pack and the famed leather pannier which add 10 and 15 extra inventory spots, respectively. Unfortunately, they’re not going to be available to the player until level 55+ (or unless you buy the leather pack from the game store), and while there are some ways to obtain the leather pack earlier – the pannier requires designs that can only be found in the Dungeon of the Forsaken (Lvl 2).

Now that you’re kitted out for farming, it’s time to go out into the wild with serious intentions. At this point, most players make the mistake of trying to clear green zones and then auto-farm for the win, but until you’re able to craft yourself a basic set of armor – you’re pretty screwed. That is to say that in most cases you won’t be able to efficiently clear the green zone and may even lose your gear altogether. Sounds frustrating right? It is.

That’s why we have a better way! If you take a look on your map, you can see that there are also yellow and red zones (2 skull and 3+ skull zones). These zones not only provide more enemies and danger – but also proportionately more rewards and resources to the player.

In turn, this makes them a fantastic way to start farming up a decent pool of resources to clear initial quests and get some great progress before you ready up for fully clearing green zones and looting the chests.

The strategy is pretty simply – grab your stone axe, stone pick a rugged sack and a club; this is all you need for your runs. Next up, if this is your first time, go to a yellow zone and once you load into the map, start harvesting the resources while you gradually move around the edges of the map.

However, be careful, sometimes mobs spawn pretty close to the edge and if you get a little too greedy going for that copper ore – you might have a whole horde on your hands pretty quickly. If you’re clever and careful about it, you can farm up a significant amount of resources in nearly half the time as opposed to green zones.

And the best part? Once you’re comfortable with yellow zones and get the hang of it, you can start to use this strategy in red zones as well. Keep in mind that you can do this during the night pretty safely as well, since if you encounter the Night Guest or any AI players, you’ll be right by the edge of the map and can get to safety without any problems.

Okay so you’ve followed along with this Grim soul survival guide for beginners and now you’ve got a bunch of resources, you might even be able to clear green zones without any problems – what next?

A raven cage, of course!

The raven cage is an awesome addition to the your stronghold, because it allows you to get quick daily quests (which result in XP and loot) while also getting the location of the wandering merchants event on the map.

Unfortunately there’s one catch, just like with many other structures that we’ll be covering later in our grim soul guide intended at intermediate and advanced players, the raven cage requires some materials that you’ll only be able to loot from monsters of the chests they guard. We suggest that you gear up and practice fully clearing green zones (1 skull areas) and stay mindful of looting every monster corpse.

The full list of parts you’ll need to build a raven cage is:

Once you’ve built the raven cage, you can continue on with the Act 1 quest line and pick up a few daily quests on the side to boost your progression.

No, the title of this part of our grim soul guide for beginners is not a joke, I repeat – not a joke! Early on, you can loot lepers and “the damned” that you kill to get a metric shit-tonne of leek seeds. Unfortunately, some players skip over these as berries are in hot circulation during the early parts of the game. But let me tell you – that’s a big no-no…

While leeks alone take a long time to grow and don’t heal for much, making them a pretty lackluster option for most players – fried leeks on the other hand heal 30 life points over time (that’s a lot!)

Considering that you have 100 HP at most points of the game, you’re basically carrying around a 30% over time healing potion, in the form of fried leeks.

So rather than skipping out on those seeds, stack up on them and build 1-2 farms so that you can do quick rotations and grow 2 stacks of seeds at a time. And once they’re grown – well … fry them.

Fried leeks are the most cost effective (and earlier available) high healing food in the game, and it will become your best friend as you transition from a newbie into an intermediate player while clearing the yellow and red zones.

So there you have it – the authoritative resource to help new Grim Soul players get started in the Plaguelands, the right way. While we only covered 5 essential tips in this article, this is just the beginning of an educational series.

In the near future, we plan to cover intermediate and advanced tips along with advice for specific content such as: where to farm specific materials, how to kill the gatekeeper and clear dungeon of the forsaken efficiently as well as strategies and grim soul guides for new content as it’s released.

Happy Halloween and enjoy the Grim Soul 2.3.0 update everyone!

Check out our other guides

If you’ve enjoyed the article, give us a quick share on Social Media. And if you feel that we missed something, or have a game that you would like us to review – drop us a line in the comments below. 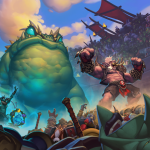