Are you looking for the Best Clicker Games For Android & iOS? We’ve spent hours playing through nearly all of the top-rated Clicker Games, even the badly rated ones. Our goal is to give you nothing but the best games for your tapping or lazy adventure desires.

What Are Clicker Games?

Clicker Games or known as incremental games are click-based games, where most of your experience will consist of clicking on one or more buttons at a time. Usually, these games have incremental progression, such as rewards or bonuses that unlock once you level or beat a particular stage.

These games consist of one or more objectives. You may find yourself having to click upwards of 20 to 50 different times a day to complete a mission or objective. Certain clicker-games have idle mechanics that automate the “clicking” aspect and all you are left with is checking-daily rewards, managing your economy or upgrading.

Most Clicker games are “Idle Games“, so you won’t have to worry much about having to click all the time. But, you may find yourself addicted to the continuous (or endless) progression these type of games offer.

They are meant to target casual gamers looking for easy adventures and non-complex gameplay. However, it has been making a scene for hardcore grinders and PVP players.

Why Are Clicker Games So Popular?

If you search up in the iOS or Android store, you will see 100’s of clicker games. These game are becoming increasingly popular and making developers serious cash.

This simple game has amassed over 20 million downloads since 2013. In the case study by Angeline Hildreth of Cookie Cutter, we can predict why Clicker Games are so popular by analyzing their gameplay mechanics.

There are two mechanics to look for; Flexibility and Progression of gameplay. Flexibility allows users to play offline or pause during the game. Therefore, allowing users to come back without having to worry about halting progress.

Progression in Clicker Games is important to increase user retention and engagement. If users start to feel as though their progress is being blocked or halted, they will end up uninstalling. In Clicker Games, progression is easy and intuitive to the user. Most of the gameplay requires users to simply “tap” to and have idle mechanics for automated progression and rewards.

Below is our top recommended clicker games for fun and adventure. They may include RPG games to level and build up your characters or strategy elements that will keep your mind on edge to manage your units, resources or base. Each game was vetted based upon the gameplay, user reviews, and clicking mechanics.

Tap Smith is a clicker-crafting RPG to collect and upgrade powerful armor or wacky weapons and items. Collect and upgrade over 65 Smiths characters and discover 125 unique items in your journey to becoming the top Smith. Tap Smith is truly unique as the gameplay tests your wits with fast-paced blueprints to craft and items that grants special bonuses.

Dash Quest is a fantasy-clicker, endless runner with idle gameplay. It has retro-style graphics for any classic RPG gamers out there. There are daily dungeons, full customizable upgrades and epic boss battles in this exciting adventure game. You can also prestige your hero for more powerful upgrades and challenge.

Picker Craft is the ultimate idle clicker game for anyone who loves tapping! Take control of your and dig into different and unique biomes for gold and rare material. Tap to start and use upgrade to perfect your mining with online and offline play. You can also dig deeper with abilities and artifacts, similar to Almost a Hero.

Welcome to Watermelon Evolution, for any watermelons addicts out there. Combine two or more watermelons to start a massive evolution to discover funny combinations and explore a unique world outside the kitchen. This game is cute, fun and addicting for anyone looking for a clicker game that offers casual gameplay.

Are you ready to build a tycoon and get rich? Click and tap your way to become bigger than Pepsi and Code – combined! This super casual and idle game makes running a Soda Factory easy and fun. Build a soda empire, collection money and hire robots to do your work. There is also multiplayer to challenge your friends and family to see who can produce the most soda.

Are you ready to conquer the whole galaxy? Build your own empire in this unique clicker-game by mining planets and extracting precious resources on distant planets. Use the resources you gather to collection money in order to upgrade your ship to mine faster and create robots needed to extract the resources. You can also hire alien managers to perform tasks in your administration and build up a business empire.

Scrape Clicker is an incremental idle game, where the main objective is to collect and merge barrels to earn as much scrap as you possibly can. There are over 100 different barrels you can combine and golden scrap to boost your production cycle.

Want to build a massive idle empire? Build, create and automate a massive profitable city in one of the most highly-rated idle city games in the App Store. There are several different buildings to choose from that will generate profit for your city. You can upgrade these buildings in order to maximize your profits and grow. In this game, you are a virtual Million Dollar Listing Real Estate Agent ready to seize all opportunities.

Clicker Racing is an idle, clicking-racing game. You play as Old Jim to help him defeat thousands of rivals to become one of the best racers in the world. There are thousands of racing stages and challenges. Join in on weekly tournaments for prizes and research racing technologies to speed by your opponents.

A call to all future aviator’s – are you ready to explore the world as a brave aviator? Landing in an unknown island, you find yourself needing to survive with no modern equipment and incompetent team. Despite the odds, you are left to idle tap and hire a staff to build modern aircrafts. Click your way to complete missions, earn money and protect yourself from the wild.

Are you looking for hero clicker games for an epic journey through endless adventure? The hero games below may include RPG elements, such as upgrading your hero equipment and gear to become powerful. The gameplay may have endless mechanics for casual and offline play. Each game was vetted for both the quality of gameplay and RPG clicking mechanics.

Start your quest with powerful heroes on an epic adventure. Attack monsters, recruit heroes and unlock their unique abilities with a simple TAP. You can also ascend your hero to grow even stronger. Progress through over 1,000 zones by defeating epic bosses and acquire accents for power boosts. There is also multiplayer clan boss raids.

Idle Hero Defense is a fantasy tower defense game. Defend and Idle your way against a wave of monsters coming to attack your base. Create and upgrade your team of heroes, ranking from rangers, mages knights. There also PVP tournaments twice a week and daily missions for rewards. Editor: The graphics and gameplay are , but the reviews are iffy! But, we recommend you try it yourself.

Idle Wasteland is an idle crawler survival game. Carve your way through the apocalypse and craft loot in this unique Idle RPG. Collect hundreds of atomic items and prestige your way through each zone. If you are a fan of classic RPG’s, this will remind you of older dungeon crawlers or retro-apocalyptic games that were a blast to play but with simple gameplay due to idle mechanics. Editor: The game is in early access and currently for android devices. 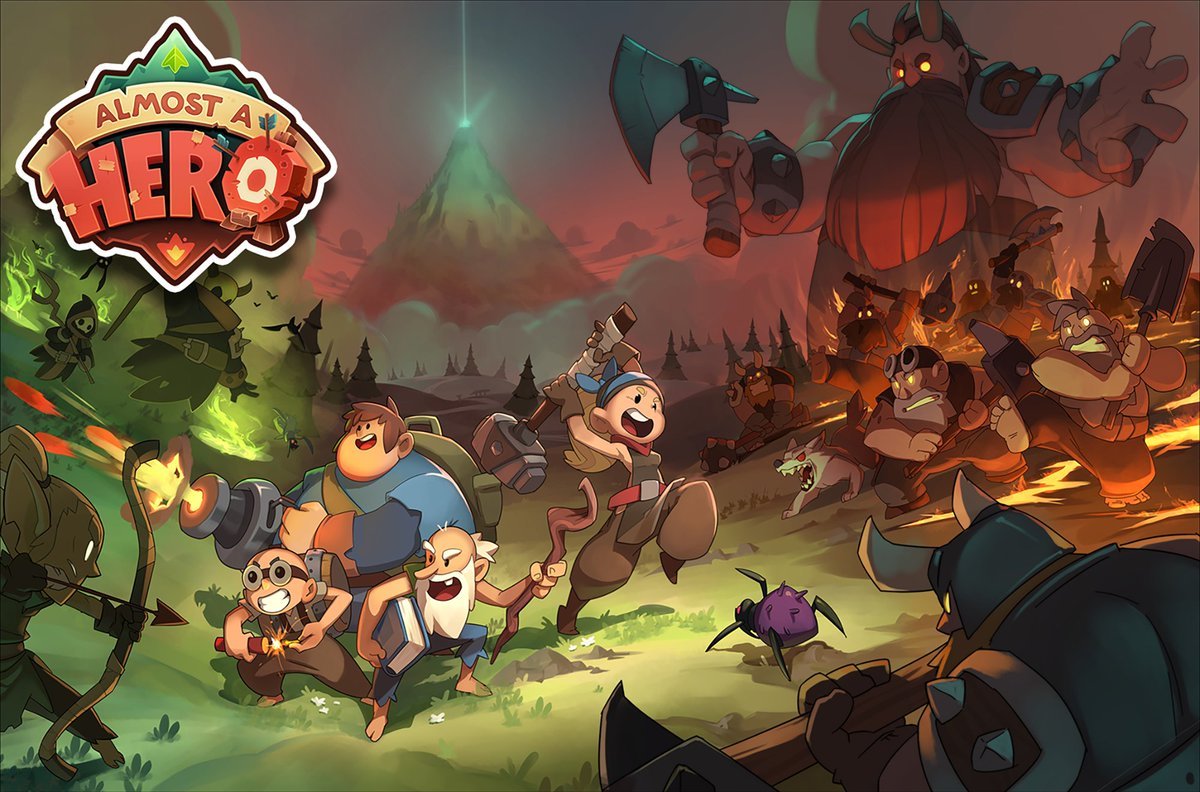