Brawl Stars is a fast-paced multiplayer battle royale for Android and iOS platforms. This high-paced game has taken over the 3v3 battle royale genre with over 5 million downloads on Android alone.

Why I Love This Game.

What makes this game extremely fun are the diversity of modes, events, and brawlers to choose from. Events are different types of modes you can choose to play that consist of mostly 3v3 matches. Each event has its own fun style and challenge, which makes Brawl Stars one of the most unique Battle Royales for mobile.

There are 28 Brawlers to choose from. Each Brawler has their own unique ability and you level them up by playing them individually by gaining trophies or opening up Boxes. There are two different boxes to choose from; Big Boxes and Brawl Boxes.

Out of 28 different brawlers to choose from, you have to be mindful of the meta. Below, I included a video that explains which brawler is bad and good in the current game state. Understanding each brawler and how they affect the gameplay is critical.

As you progress through the ranks or play competitively, there will be brawlers that you’d want to counter to increase your odds winning. In casual play, playing the best brawlers will help you defeat enemies quicker and complete objectives. This will help you stay ahead of the curve, despite not putting in as many hours compared to other players.

My personal favorite mode is Gem Grab (3v3). Gem Grab is a mode where you collect and grab 10 gems. The total is added by how much gems each member has. You lose gems by dying and opposing teams can collect them. There are other modes such as Heist (3v3), Showdown (Solo or Duo) and Bounty (3v3). Supercell continues to add different modes to Brawl Stars, so expect continuous updates and new brawlers.

Can I Get A Good Teammate Please?

So far, the matchmaking is up and down. There were matches where our team completely dominated and kept the opposing players from grabbing any gems. But, there were times where teammates are just running around and over pursuing the enemy team without completing the objective. This can be frustrating.

There will be times where you have to carry your entire team by collecting the majority of the gems and hoping that your teammate is competent enough to grab a few more as you stay behind enemy lines to not die. You will run into teammates that grab 8 gems and push forward aggressively just to die, lose all the gems and the match ended, even if the team was winning early on.

To avoid this, I suggest adding good players to your friend’s list or join a club. The game makes it easy to invite other players as well or match with good players. If you happen to run into good teammates, Play Again will match them up with you only if they ready up as well and not exit to the main menu.

This is a question we receive a lot and we empathize with our audience about Pay-To-Win mechanics. After playing for several hours, I haven’t been forced to pay for anything. All brawlers can be acquired through unlocking them with trophies through Trophy Road. All trophies are calculated based on your performance on all brawlers.

The better you get the game, the more rewards you can achieve. Therefore, the more brawlers you will have and able to power spike your brawler as a F2P player by grinding.

Don’t get me wrong, paying will give you a distinct advantage in terms of trophies and character level. But, it is not groundbreaking and won’t stop you from being competitive. Knowing how to position your brawler and understanding basic strategies, such as rotating and when to be passive or aggressive will always prevail.

Is It worth trying?

I recommend Brawl Stars for anyone looking for something fun and competitive, while not wanting to spend a lot of money or hundreds of hours trying to get good. You will enjoy your time with the variety of modes available and constant updates, with new maps and brawlers. 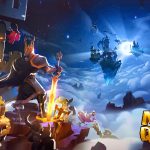