Looking to drive fast cars and blow by your competition? We’ve listed the best iOS racing games and best Android racing games that will fulfill your car racing adrenaline. We’ve listed both casual and competitive racing games; whether you are looking for PVP or Idle Gameplay – we got you!

What makes the Best Racing Games For Mobile Devices?

The best racing games in our eyes have full customization, including upgrades and car appearance. This keeps the user creative and fully engaged in how their cars are being built to separate themselves from the pack. If everyone was driving the same cars, it would get extremely boring and dull out quickly.

Their must of a variety of badass cars to choose from. How can you be the best racing game if you cannot offer users different cars? Of course, certain racing games do have exceptions to this. But, typical racing games have over 10 different to choose from, they are unlocked usually by completing missions, opening chests or buying them directly.

Each game has to have good gameplay, with exceptional controls and camera angles. Controls can make or break a racing game; if they are too clunky or complex, it will be difficult to maneuver your vehicles around other players, especially when making fast turns and quick movement around objects. Mario Kart does a great job giving users the ability to choose between two different controlling, including manual draft and smart steering.

Offering different Camera angels gives users the perspective needed to maximize their gameplay experience. Certain games do not offer multiple camera options, but when they do, users do appreciate it for an immersive experience or whichever suites their gameplay more.

Mario Kart hits mobile as one of the most downloaded racing games for iOS. Choose between Mario and friends with endless fun and adventure. Choose over 40 different characters in the Mario Tour Universe and collect karts, badges, and gliders. If you played Mario Kart on a console, you won’t miss out on the intense-battles and fun gameplay on mobile.

There are over 30 World Cups to play in against other players. Once you complete your first Cup, you will unlock Drivers, Shop, Karts and Gliders. Gliders have special skills that can increase your chances of getting various of items. The Shop offers different cosmetic items for your drivers and kart. You can also purchase the Gold Pass, which offers additional bonuses from gold challenges.

In-game, choose between Manual Drift and Smart Steering that suit your play style. Manual Draft allows you to drift by touching the left or right side of your screen and as you get the hang of it, you’ll be rewarded with Ultra-Mini Turbo, a speed boost that can help you blow by your opponents. Smart Steering helps assist your steering and useful for new players to get the hang of the game.

Need For Speed No Limits

Need For Speed is a special game that goes back to 1992 by the former gaming development firm, Distinctive Company. Today, it has become one of the most popular racing games with its franchise continuing to expand and now it hits mobile. No Limit was developed by Firemoney Studios and published by EA.

In Need For Speed: No Limit, build the ride of your dreams and race for dominance as you work your way up as the King of the underground. Customize your ride, play challenging modes and join special events The great thing about this game is the customization aspects; upgrade your car for speed performance to blaze by your or get a quick paint job to look even more epic.

Want competitive racing? We got you! Rival Gears is similar to Need For Speed: No Limit but has arcade-style gameplay with action-packed, head-to-head online racing.

Rival Gears starts off in the year 2055. An underground movement has risen of drivers missing the thrill of racing. They begin searching junkyards for classic vehicles to ‘ rod’ as they race through the streets and invade the police. Take your futuristic, hovering car to defeat opponents in your way and rise to glory!

Since Rival Gear is based in the future, most of the upgrades and styles are unique and have their own classic design. Each car has purchasable upgrades and boosts to give your ride a performance lift.

You can buy new cars with in-game currency. Currency can be bought or acquired via advertisements. But, we haven’t found any P2W elements for anyone concerned. Join or create a team with friends and family to become the best team and win events for exclusive cars an prizes.

CarX Drift is a drifting simulator that will give you unique style gameplay if you like to drift with realistic gameplay. Choose from a powerful selection of sports cars and race through tracks against your friends with online play.

The beauty of CarX Draft is the complete customizable option; customize your handling, change the colors, and choose different setups for each car. The drifting is realistic and fun, if you fail to drift, you lose points. Learning how to handle and time your drifts are exciting and you may spend hours addicted to playing.

There is also Career Mode to win cups and points. Unlock addition sports cars and tracks. Compete against yourself with a Ghost Replay of your best record. This will keep you coming back wanting to beat your own records.

Clan Race is a real-time PVP motorcycle game. Race against millions of players worldwide. Join or create a clan for the ultimate head-to-head experience with Season Mode and taunting emojis.

The controls of simple; there is auto acceleration that is always turned on and tap left and right to lean forward and backward. After the quick tutorial, you are introduced to a variety of quests and objectives to complete. Upon hitting the play button, you are introduced quickly to player v.s player.

The gameplay can be quite difficult at first. You must learn how to balance your landing when in mid-air and control your bike handling when hitting objects. It can be extremely entertaining watching other players fall, while you are still riding along!

If you are looking for an alternative to Mario Kart (or looking for something else to play), Beach Buggy is a great replacement for your time. Choose a beach buggy to help you climb ranks against other players from around the world.

There are over 45 different power-ups and upgrades to, this helps you create your own strategy when competing in multiplayer. Customize your ride with exotic paint and layouts. Choose between 40 different rides, including muscle cars and classic pickups. There are also daily missions and weekly tournaments.

The controls give you two options; tilt or touchscreen. Each side of the screen also has breaks to deaccelerate. Similar to Mario Kart, you can equip power-up item slots to shoot at your opponents or give yourself a speed boost. This adds excitement to the gameplay, but can be annoying if you are on the receiving end attack items.

The graphics and controls are outstanding, making it one of the best racing games for kids and adults alike.

Riptide GP2 is one of the most unique racing games for iOS and Android. Take your rocket-powered, hydro jet across dynamic tides and challenging areas. There are a variety of maps that features futuristic city-scape and mysterious islands. The graphics are high quality, with smooth gameplay and action-packed racing.

Collect up to 10 hydro jets, upgrade their their performance and change their color for your own test. Career mode is a single player option, where you set-out to become the best hydro jet racer on the planet. Play through tough races and unlock ridiculous stunts.

Riptide is definitely worth the $2.99 investment, you are getting a ton of value and endless hours of hydro-jet entertainment. You can play with your friends in online multiplayer or split screen play. 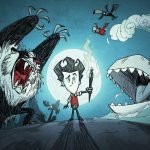